Many birds live in and around Crow Island Woods, or stop here during migration season to recharge during their long journeys.  Our birds range from the very large (Adult Great Horned Owls are often over two feet tall) to very small (Ruby-throated Hummingbirds weigh somewhere between a nickel and a quarter).  Some are relatively drab, but others are the brightest blue (Indigo Bunting), iridescent green (Hummingbird), or bright orange (Baltimore Oriole)!

To help you get to know these awesome residents of our neighborhood, we’re going to profile a bird each week:

One Crow Island neighbor, Diane Bounds, has seen over 90 species of birds (and took the photos above) in the woods, including: 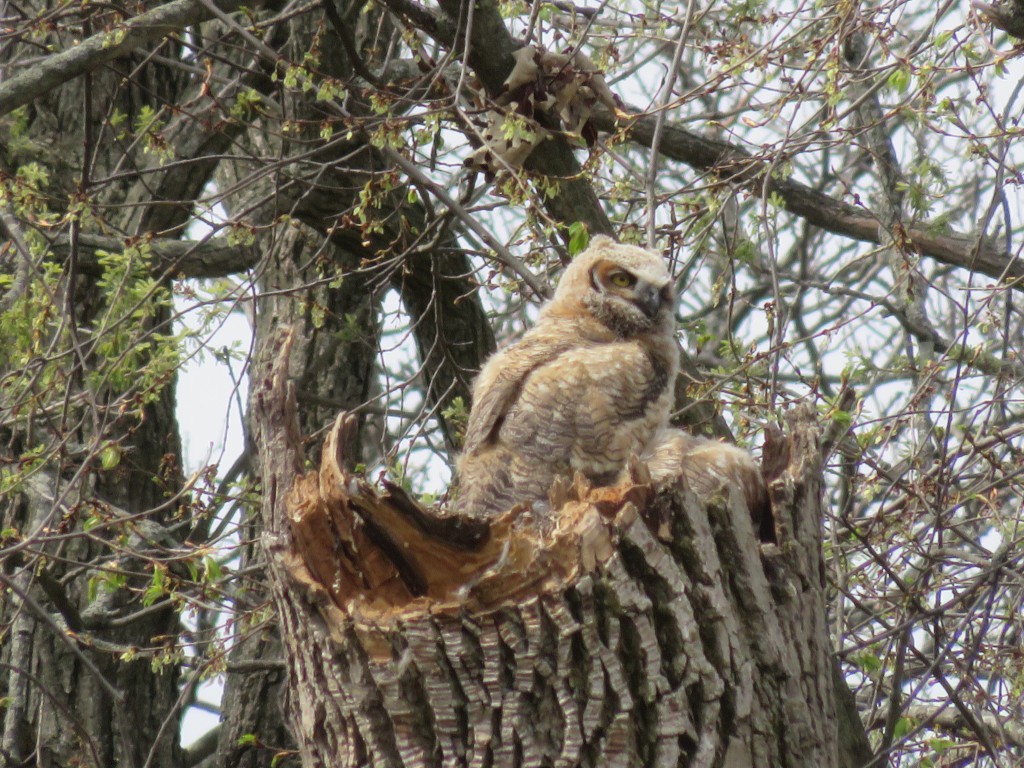 One of two Great Horned Owlets born in Crow Island Woods during 2015, while still in the nest.

One thought on “Birds In Crow Island”